With temperatures warming up, lots of us are probably thinking about what we are going to do to get our “summer abs” or “bikini body.”

We’re probably spending a lot of time at HIIT classes or devoting a whole lot of energy to the keto diet. But what if it turned out that looking like a Victoria’s Secret Model wasn’t the ideal body type and we’ve been doing all of this for absolutely nothing? Well, not nothing...

We’ve all heard the sweet sounding sentiment, “Beauty is in the eye of the beholder.” Writers love to write it, and women love to hear it. And while we’re not here to get into a philosophical discussion about whether or not it’s true, we are here to ask one question: Does science say beauty is objective?

Science Will Surprise You

A 2016 study from The University of Texas at Austin revealed there is an actual ideal body type for women when it comes to perceived attractiveness, but it doesn’t look like a typical model walking the runway. It has to do with specific body fat distribution in the shape of an hourglass, as measured by waist-to-hip ratio (WHR). According to the study, a low waist-to-hip ratio indicates high fertility and low long-term health risks. While many argue beauty standards vary with each race and culture, the effect of WHR on female attractiveness has now been studied and reported for almost 20 ethnic/culture groups.

Dr. Devendra Singh, who authored the paper on the study, writes: “The evidence summarized in this paper demolishes the myth that beauty is ever-changing, skin-deep, and superficial. The attractiveness judgment based on figures defined by waist-to-hip ratio is a robust phenomenon evident in various cultures. I have presented data to establish that the allure of the hourglass figure is “programmed” in the human mind because it provides important biological information about a woman’s youthfulness, health status, and fertility.”

The allure of the hourglass figure is programmed in the human mind because it provides important biological information about a woman’s youthfulness, health status, and fertility.

The study found that the ideal waist-to-hip ratio was 0.7, meaning the ideal waist is approximately 30% smaller than the hips. When it comes to overall bust-waist-hip ratio, it varies with height and weight. For example:

So, what... a scientist asked a bunch of guys to rate pictures of women and then calculated the average measurements? Not exactly, but a reasonable assumption. The science isn’t just based on visual appeal. It goes beyond our primal instincts to the core of our very existence. Sounds intense, right?

The Woman with the Most Beautiful Body

Numbers are cool, but what do those ideal measurements actually look like? The woman who embodies the ideal shape is British model and actress Kelly Brook. Kelly (pictured below) is 5’6” tall with an approximate bust-waist-hip of 36-27-39. 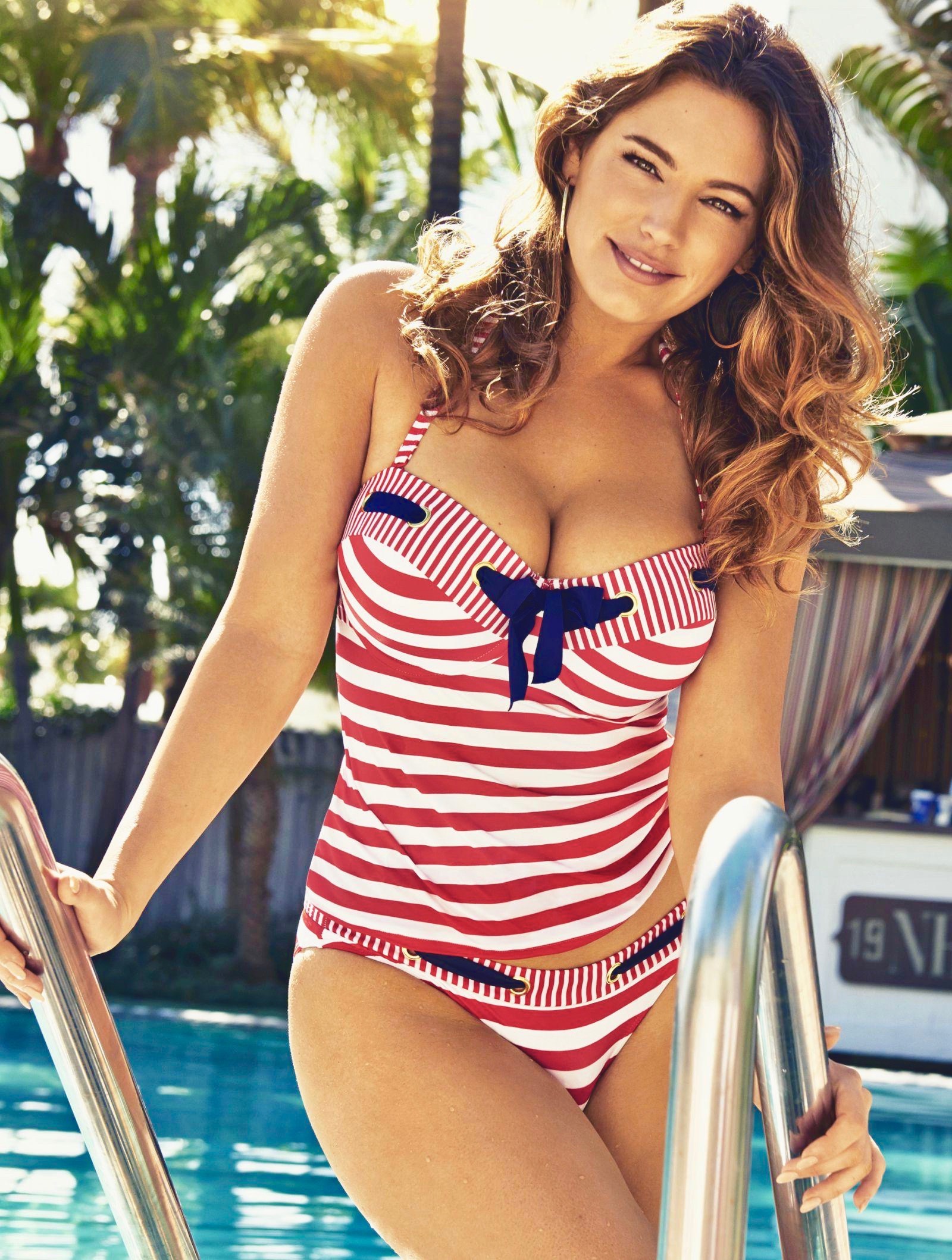 Pleasantly surprised? You aren’t the only one. She’s undoubtedly beautiful, but probably not what you were expecting. 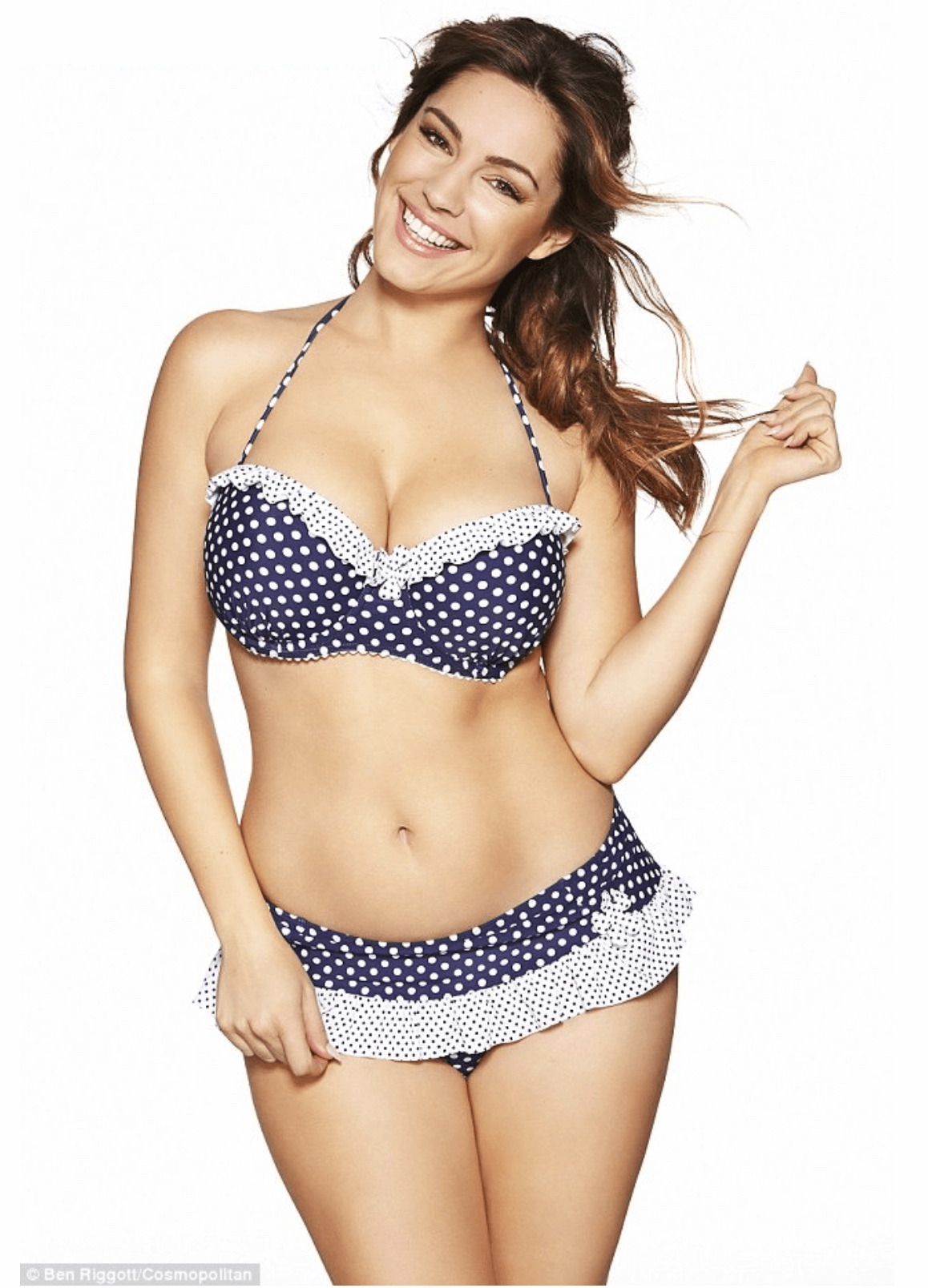 Another study showed that at a subconscious level, most men pretty much dig the same thing and are attracted to just a few characteristics. One of these is having a youthful face and body features. This is probably not a surprise.  But the other thing most likely to attract men is looking both healthy and fertile. 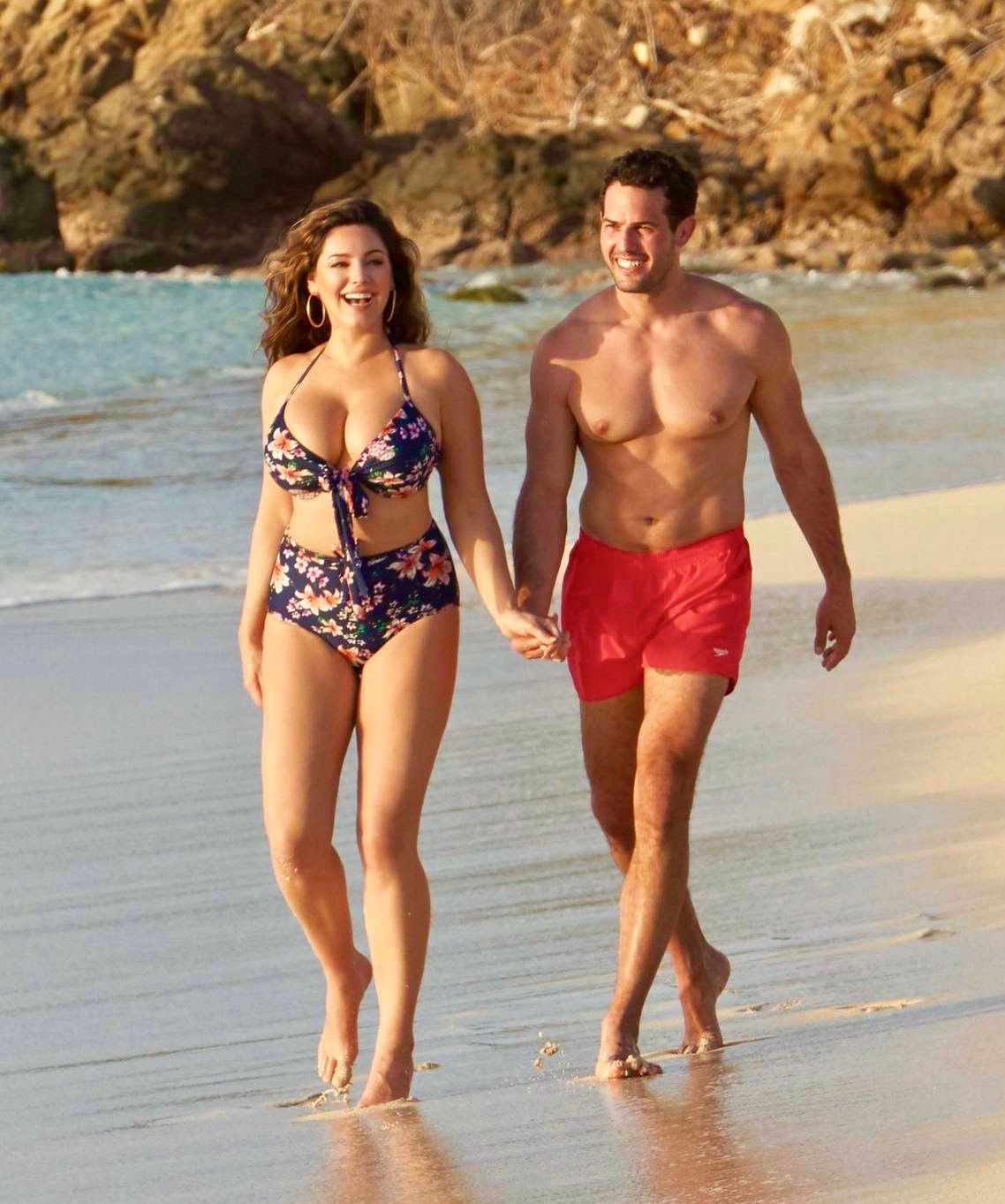 So what does this all mean? Well, put down the cake pop or chia seed pudding because it’s about to get confusing.

The Purpose of Being Human

The reason why the ideal body type has large breasts and hips isn’t that men have been wired to see them as sexually arousing by social conditioning. It’s because, from a scientific point of view, humans were designed to procreate. A body with larger hips and breasts (hourglass figure) is pretty much a biological sign to men that screams, “I can give birth to your (our) babies!”

Larger hips signal that a woman has the sufficient space to carry a developing baby, as well as the strength to push a 7-9 pound fully developed baby out of her vagina. Crazy! It’s no wonder women have a higher pain tolerance than men.

Larger breasts signal a woman’s ability to feed and nurture a child. And since we were designed to procreate, it makes sense that men would be wired by nature to look for the ability in a woman to sustain and nurture what they create.

Since we were designed to procreate, it makes sense that men would be wired to look for the ability in a woman to sustain and nurture what they create.

So basically, even though these body parts are beautifully designed to encourage procreation, the science suggests that the subconscious reason men find them desirable isn’t simply because of the pleasure they bring DURING sex, but also because of the vital purpose they serve AFTER sex in the healthy development and nurturing of what sex brings - new life. Pretty crazy, huh?

While Brook’s body is ideal according to science, it turns out she wasn’t ideal for her modeling agency who allegedly called her “plump” and suggested that she lose some weight. Luckily, she didn’t listen. While many of us believe that having a stick-thin figure is the only way to attract the opposite sex, it turns out we’re entirely wrong. Bigger (to a degree) is in fact better!

So why are models expected to be so thin?

Because they’re supposed to sell clothes, not convey fertility and child-bearing potential, says Jennifer Lee, who formerly worked for the late designer Karl Lagerfeld, the legendary head of Chanel. Designers choose models who can serve as “human clothes hangers” and can showcase the lines and structure of the outfits they wear.

Designers choose models who can serve as human clothes hangers.

But please don’t take this as permission to be unhealthy. After struggling with bad eating habits last year that brought her up to a size 16, Kelly Brook, now 39 years old, went on a weight loss program that brought her back to a size 10. “It’s about body confidence,” she told The Mirror. “You’ve got more energy, you just feel so much better, it’s nice.” Remember, a healthy lifestyle includes pleasure in moderation and staying away from extremes.

A healthy lifestyle includes pleasure in moderation and staying away from extremes.

So while it doesn’t mean it’s okay to eat an entire pint of ice cream every single night, I am saying the next time you’re out to dinner you totally should order that crème brûlée or chocolate cake for dessert without any guilt on the side. Do it! Also, love your curves because they are scientifically ideal!

This article has been updated from its original version.