"Hong Kong is used to freedom so they won't be able to go back to Communism."

A friend of mine, whose father conducts business in Hong Kong, said this to me when I asked her about the protest. Evidently, Hong Kong was never a Communist state, so the protesters weren't resisting a return to Communism. Rather, these brave individuals in Hong Kong are resisting something far more grievous: a descent into Communism.

Since the end of the Cold War, it has been assumed that the popularity of Communism has severly diminished. We thought that the free world had won the battle of ideas, that the ideologies of Freedom and Individualism had triumphed against the ideas of Collectivism and Communism.

But the truth is, Marxist ideas are still thriving today. The fact that Bernie Sanders is a top contender for the American presidency would make Lenin, Mao, Stalin, and Marx proud.

The same Marxist philosophy still reigns in China. Unlike the Communist Soviet Union, Red China never died. Instead, the Chinese analyzed the mistakes made by the Soviet Union, used the downfall of the USSR as a cautionary example, and evolved into the current government of Beijing. This is the government the people of Hong Kong are protesting against today.

Hong Kong’s struggle against China’s tyranny didn’t just start with the recent protest. Before 1997, Hong Kong was a sovereign nation under the protection of Britain as one of its Crown Colonies, making Hong Kong independent from Beijing’s political influence and power. Under British rule, the citizens of Hong Kong enjoyed the same fundamental freedoms and civil rights as their fellow British citizens. This protected them against Chinese Communist tyranny. The handover of Hong Kong back to China after 1997 marked the end of the British Empire and the return of Beijing’s rule over Hong Kong. Unfortunately, this also meant the threat of Communist tyranny. 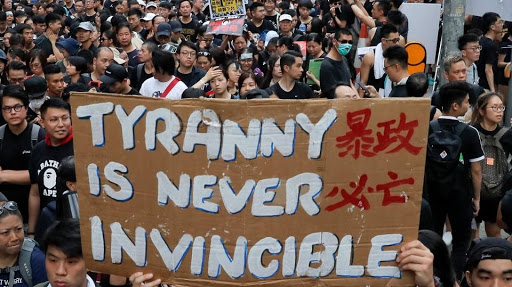 Why are the Hongkongers protesting?

The protest was sparked by an extradition bill in June 2019. Long story short, a man from Hong Kong murdered his pregnant girlfriend while they were on vacation in Taiwan in February 2018. He fled back to Hong Kong after dumping her body in a suitcase in the bushes. Once her family, with the help of the Taiwanese police, suspected that she was murdered, the murderer confessed and was placed under arrest.

Neither Taiwan nor Hong Kong have an extradition treaty, meaning that neither country has any legal means to deal with criminal cases like this.

However, even with his confession, the Hong Kong police couldn't charge him with murder since the crime had not been committed in Hong Kong. To make matters more complicated, neither Taiwan nor Hong Kong have an extradition treaty, meaning that neither country has any legal means to deal with criminal cases like this.

The reason why Taiwan and Hong Kong do not have a mutual agreement to deal with this problem stems from the fact that China does not recognize the sovereignty of Taiwan. In order to serve justice, the Hong Kong government proposed that criminals can be extradited from Hong Kong on a case by case basis. Beijing, however, saw this event as a chance to flex its muscle and added a clause that would allow the extradition of Hong Kong citizens to China for trial under the Chinese government. 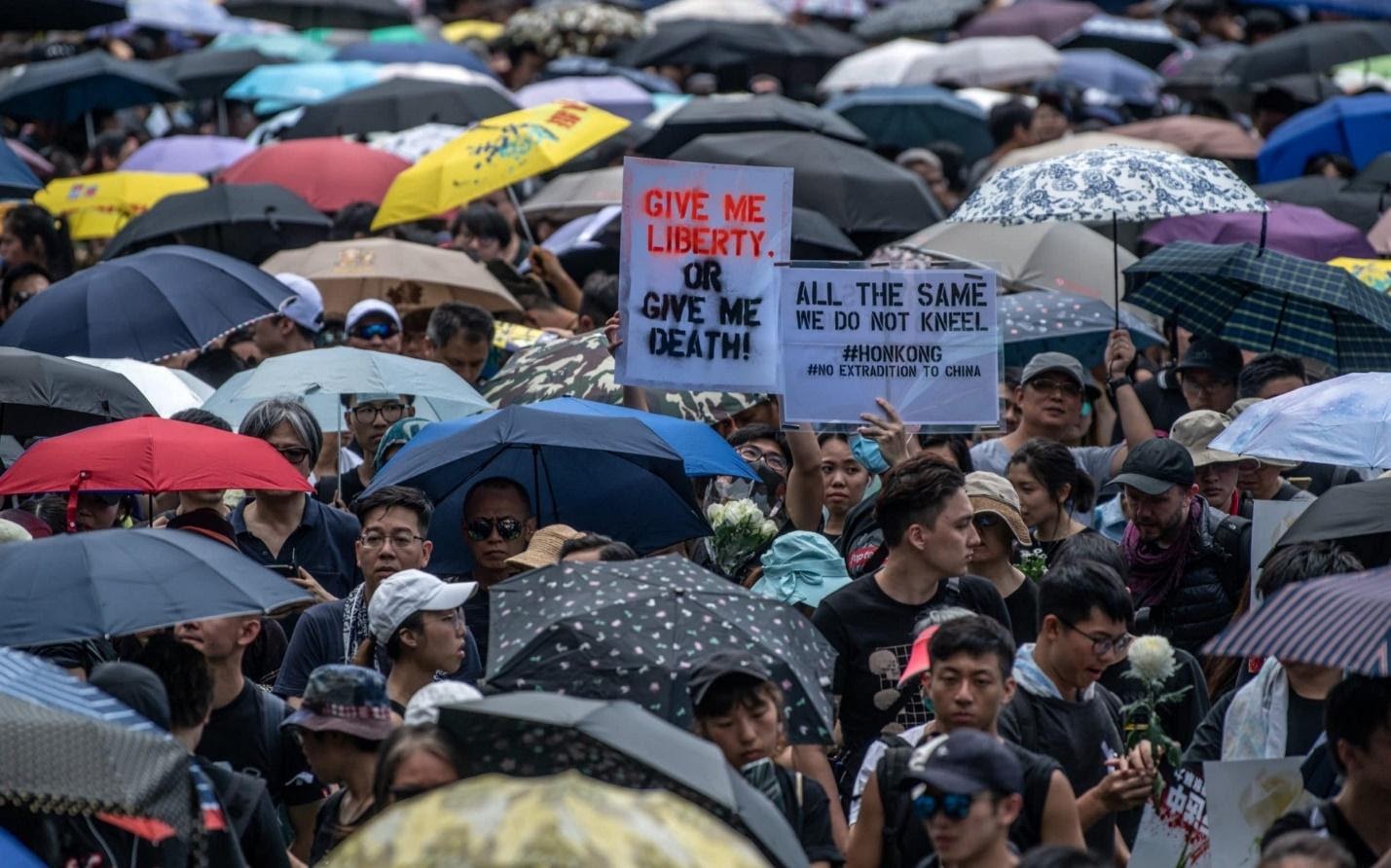 Unlike Taiwan and Hong Kong, China does not have a reputable court system. To give you an idea, the justice system in China has a 99.9% conviction rate. In layman’s terms, if you are put on trial in China, chances are 99.9% of the time, you will be found guilty. This is in contrast to the Hong Kong court system, where the rule of law results in a significantly lower conviction rate. Under the principle of “innocent until proven guilty”, the accused person is granted the rights to fair treatment under the law.

If you are put on trial in China, chances are 99.9% of the time, you will be found guilty.

We are familiar with the difference between an absolute and a constitutional monarchy. An absolute monarchy is a system where the royals hold absolute power over the lives of their subjects (like that of the Sultan of Brunei or the House of Saud in Saudi Arabia). A constitutional monarchy, on the other hand, is like that of the British royals, where the British public influence the decisions of their royals.

For example, the Sultan of Brunei can decide that homosexuals will be stoned to death, and the Bruneian people will have no say in the matter. In contrast, the British people are openly criticizing and pressuring the House of Windsor to revoke the royal privileges of Prince Harry and Megan Markle because they decided to abandon their royal duties.

The people of Hong Kong are accustomed to a government that respects individual rights and where all citizens are protected equally under the law.

The difference between Beijing and Brunei is that even the Sharia-compliant rule of the homophobic Sultan is still measurably freer compared to the crushing despotism of the Communist Party of China. All it took was a bunch of Hollywood celebrities to shame the Sultan into backing down on his death penalty for gay sex. Meanwhile, in China, you can’t even share pictures of Winnie the Pooh because of the unflattering comparison of the Chinese President Xi Jinping to the cartoon bear. 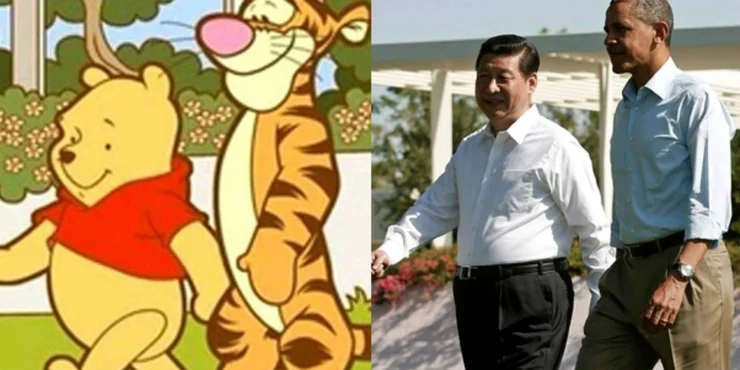 One of the most ridiculous criticisms directed at the Hong Kong protesters is how their resistance against the oppressive Chinese government is ruining the economy of Hong Kong. Hong Kong has one of the highest standards of living in the world due to their economic freedom & respect for property rights. Whereas in China, there are very few super-wealthy and most are extremely poor peasants and workers.

It is undeniable that the wealthy in China do not even trust their own government, which is why you can see them buying up property overseas. Wealthy Chinese nationals are investing their money places like Toronto and Los Angeles, rather than park their money in China. Yet these same critics would berate the Hong Kong protesters for throwing away their “good life” in Hong Kong for the sake of “some stupid ideas” of “freedom”. 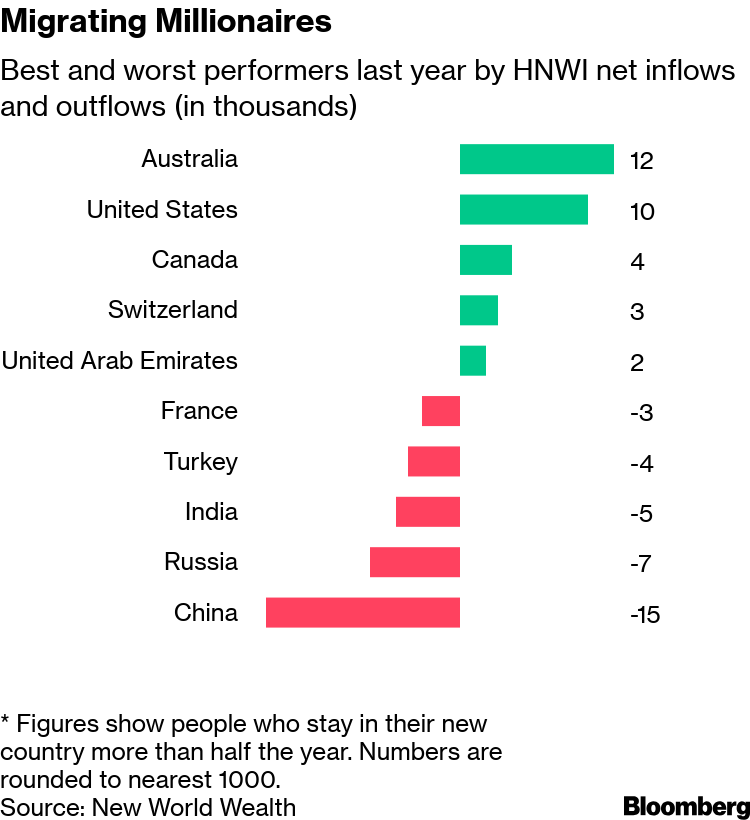 But the truth is, freedom is worth the downgrade to a more modest lifestyle. Unlike the wealthy families of the Chinese political elites, the citizens of Hong Kong do not have the choice of international globetrotting in order to enjoy the liberty and individual rights protected in the free world. The freedom of expression, the rule of law, the rights of private property – these are some of the rights protected under liberty and justice. These are the ideas the people of Hong Kong are fighting for.

Freedom is worth the downgrade to a more modest lifestyle.

What is the desired outcome?

Communism is as unnatural for the people of China as it was unnatural for anyone else in the world. Keep in mind that the peoples of Taiwan, Singapore, and Hong Kong are all ethnically Chinese, and these countries thrive and lead in the global freedom index. Taiwan has the world’s most transparent government. Singapore leads as number one in education, and Hong Kong constantly ranks at the top of the economic freedom index.

Freedom agrees with Chinese culture. It is a fallacy to assume that China is destined to succeed as a tyranny forever. One of the most iconic photos showcasing the bravery of the human spirit as it stood up against the oppression of tyranny is that of the “Tank Man” at the Tiananmen Square Massacre in 1989. Remember too that the Tiananmen Square Protest was a protest for freedom as well. 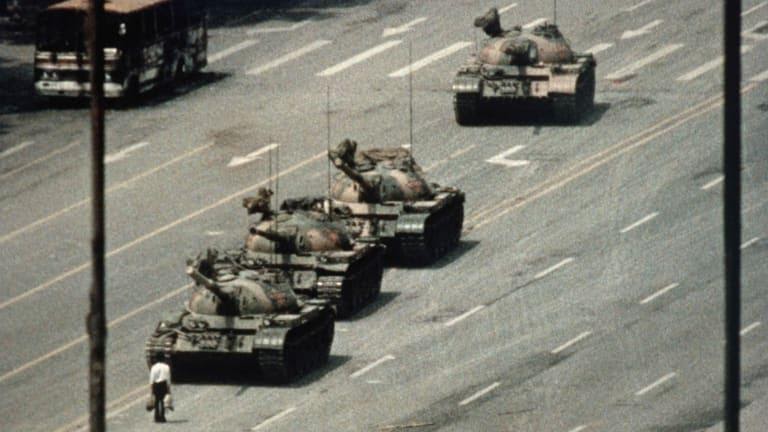 China will continue towards absolute tyranny if we who live in the free world take our rights and freedom for granted. The more we excuse, glorify, and praise Communistic ideas like democratic socialism, the more we are sanctioning China’s tyrannical reach into crushing the freedoms of Hong Kong. Standing up for the freedom of all people matters to those of us who live in the free world. Each beacon of freedom in the world that is snuffed out brings us one step closer to the chaos of tyranny.