For the past several years, "Diversity" has been quite the buzz word. By "diversity" we often mean making sure there is a "token" person of color, or that a traditionally male sphere is now inhabited by women.

The diversity agenda has its roots in promoting multi-culturalism, breaking down segregation, and fostering equity. And this isn't wrong. Yet, in this scramble to make sure every college engineering program has more women, and that African American children are as equally accounted for in flute lessons as white children, we miss a huge and valuable component of diversity, which is that equality does not equate to sameness.

Equality does not equate to sameness.

While equality and equity are important ideals to strive for, especially in our multicultural world, we mustn't fall into the trap of oversimplifying diversity to mean that everyone must be accounted for in all spheres. This is unrealistic as well as a rejection of what actually makes diversity great.

It isn't trying to push everyone to do the same thing in order to achieve quotas and alleged "equity," but recognizing that everyone is different. And part of being different is that everyone has different callings, abilities, and interests. When we are truly promoting a culture of diversity, we are praising, acknowledging, and accepting those differences. 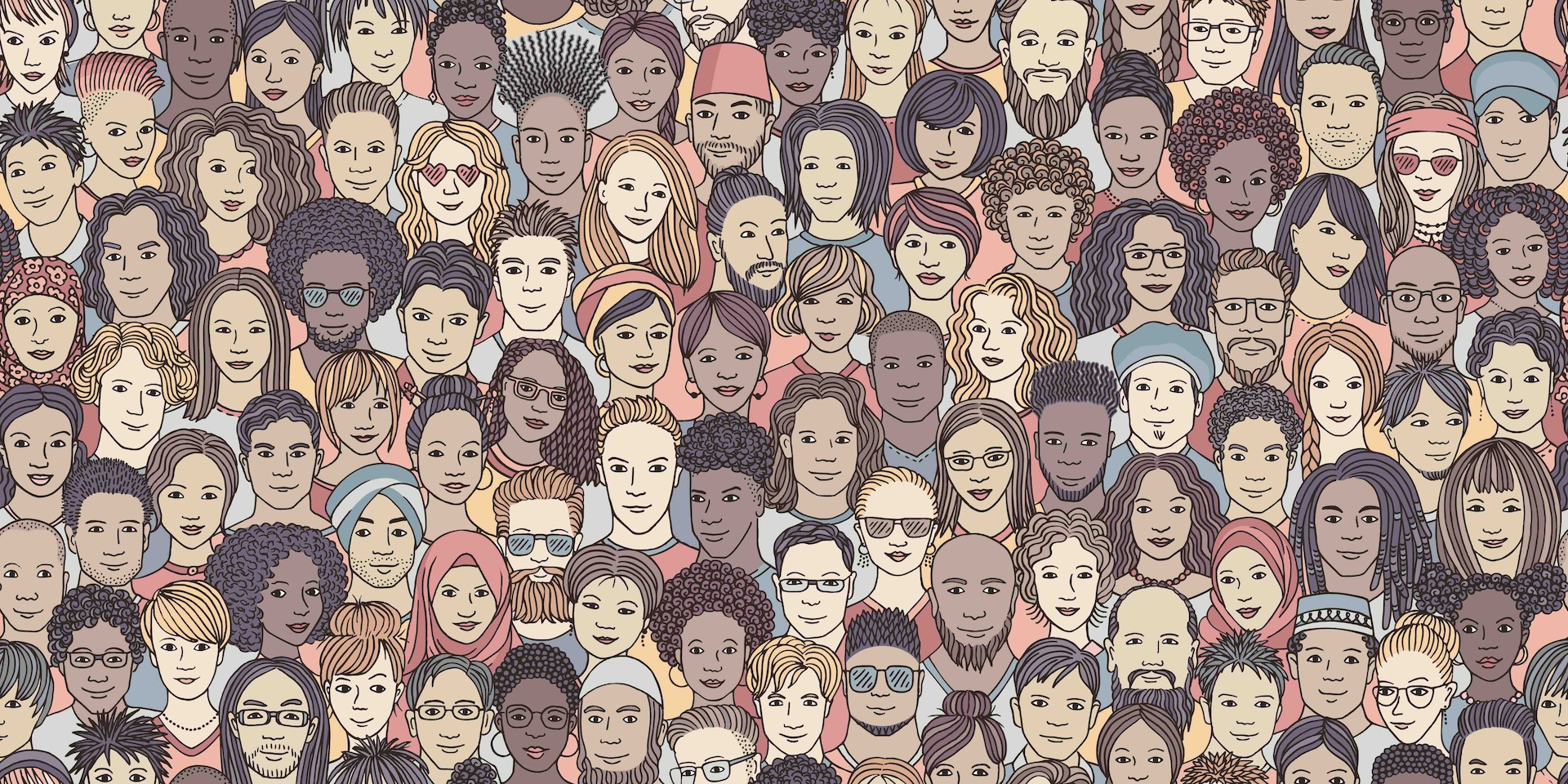 Diversity agendas within male-dominated career paths as well as arts initiatives are just two examples of pushing for diversity based on gender and race rather than on personal preference. Of course, we must be wary and critical of areas in which certain people groups and their interest/skills are portrayed as inferior or superior.

The alleged lack of diversity in the arts

I first began to think about this while studying arts and cultural management in grad school. The professors were obsessed with discussions of diverse representations in the arts. They were borderline livid over a lack of African people attending the theater, or that patrons of the ballet were mostly white. They claimed systematic oppression, that these places were not welcoming to people who were not white or wealthy, or that racial barriers had been constructed to separate classes and demographics. And while this might have been the case historically, there are very few barriers to arts and culture in our modern society. Many museums are free, and public educational outreach programs make access to a wide variety of music, performing arts, theater, etc. more open and inviting than ever before.

They were borderline livid over a lack of African people attending the theater, or that patrons of the ballet were mostly white.

Are there still challenges? Yes, of course. But what I noticed is that in our gallant (sometimes misguided) efforts to make sure all public spheres have become multicultural spheres, we are forgetting that what is important and entertaining to one people group is not necessarily entertaining and important to other people groups. And that is a good thing! In spite of initiatives to make certain spheres more diverse, most people groups continue to engage in the same art forms, regardless of access to other art forms.

It occurred to me that perhaps my professors were looking for diversity in the wrong places. They were narrowing their scope of art or looking to change people's interests based on their own socially-constructed idea of what kinds of arts and culture people "should" be engaging with, rather than what they wanted to engage with. While certain forms of art were and are considered signals of class and wealth, art has never just been reserved for a singular demographic.

Art has never just been reserved for a singular demographic.

Art is something inherent inside of all of us, it's just manifested in different mediums and forms of expression that usually coincide with cultural implications and influences. The tango came out of the slums of Buenos Aires. Hip Hop came out of The Bronx. Art emerges from struggle and hardship and pain and joy and beauty and life. It is an inherent component of the human experience, something irrelevant of class or race. If we truly celebrate diversity in the arts, there are going to be certain spheres that remain unrepresented by certain groups, but that doesn't necessarily mean that it is oppressive or racists. Instead, it is indicative of cultural, social, and personal preference.

Maybe not all women want to be engineers?

The same is true for pushing women into traditionally male-dominated spheres. While there were many barriers to women entering traditionally male career paths for much of human history, women today are mostly free to choose whatever career path they like.  And yet, in spite of such abundant choice, freedom, and even coercion into "male fields," many women continue to choose traditional feminine career paths like nursing or teaching grade school, and other fields that focus on hospitality and deal with people.

In spite of such abundant choice, freedom, and even coercion into "male fields," many women continue to choose traditional feminine career paths.

It's wonderful to create opportunities and paths of access for women into historically "male fields," but we also need to understand that women typically don't gravitate to the same interests as men. This is not due to systematic oppression or social conditioning as we are often told, but rather due to inherent differences between men and women that manifest themselves in different interests and needs of fulfillment.

What it truly means to empower

We often make the mistake of thinking that if we aren't pushing women into male-dominated paths, we aren't empowering them, when in fact true empowerment comes from encouraging young women to seek what brings them joy and fulfillment. Truly empowering them means allowing and encouraging them to achieve their own goals and interests, not the goals we think they should have.

True empowerment comes from encouraging young women to seek what brings them joy and fulfillment.

How should we approach diversity?

I think it is essential to re-frame how we think about diversity and equality and accept more of an "intuitive," "self-selecting" form of diversity that allows for multicultural engagement where interests overlap. I think it's great to collaborate and engage with people of different backgrounds, but we can't prioritize quotas and statistics over individual interests and autonomy.