“I am determined that only the deepest love will induce me into matrimony,” Elizabeth Bennet states in the film adaptation of Pride and Prejudice. While this sentence can’t be found in Jane Austen’s novel, the idea is there.

Both Elizabeth Bennet and Emma Woodhouse (heroine of Emma) live by this principle, and through them, Austen teaches what true love is and what is needed for a happy and healthy marriage – lessons that are still relevant today.

The path to love and marriage starts in the family of origin. It is from their parents’ example that two of Austen’s protagonists, Emma Woodhouse and Elizabeth Bennet, learn about love.

Growing up in an indulgent environment, Emma Woodhouse is taught a faulty definition of love. Both her father Mr. Woodhouse and her governess and mother figure Miss Taylor have “such an affection for her as could never find fault.” As a result, Emma learns through her experience of how they love her – by thinking her perfect – that love is loving someone so much that the lover becomes blind to the faults of the beloved, consequently considering them perfect. This becomes Emma’s (unrealistic) standard for the kind of love required for marriage.

Elizabeth Bennet also learns what love is from her family of origin; however, she learns what love is by seeing what it is not. Her parents have a mediocre marriage, resulting from intellectual inequality and a lack of respect: “Her father… had married a woman whose weak understanding and illiberal mind, had very early in their marriage put an end to all real affection for her. Respect, esteem, and confidence, had vanished forever… To his wife he was very little otherwise indebted, than as her ignorance and folly had contributed to his amusement.”

Since Mrs. Bennet cannot understand Mr. Bennet’s personality or even his jokes, Mr. Bennet cannot respect his own wife. Once respect vanishes, nothing prevents Mr. Bennet from using his wife for his own entertainment, as someone inferior to exercise his wit upon who doesn’t understand that she is being mocked. Their mismatched marriage teaches Elizabeth that love is founded on certain qualities; the man and woman should be intellectually equal and should esteem each other. Elizabeth experiences the damage a loveless marriage produces for the whole family; consequently, she is determined to have a better marriage than her parents do (or not to marry at all).

Elizabeth experiences the damage a loveless marriage produces for the whole family; consequently, she is determined to have a better marriage than her parents do (or not to marry at all).

For Jane Austen, falling in love is only possible when growth in self-knowledge and humility also occur. Hence both of these love stories are intertwined with painful experiences which result in personal growth and virtue for the main characters. Emma and Elizabeth (and even Mr. Darcy) have to learn the hard way that they are wrong about themselves and others - and until they do, love evades them.

Emma unsuitably matchmakes her protégé Harriet Smith with Mr. Elton, a man who really loves Emma herself. When Mr. Elton proposes to Emma, she realizes that she doesn’t actually possess the skill of reading people’s hearts. Emma has to admit to herself her misguided vanity. Not only does she have to acknowledge she was wrong, but she also has to admit that Mr. Knightley judged more accurately and wisely than she did. However, it is only through admitting her blindness in judging others that Emma ends up being able to marry Mr. Knightley in the end.

However, it is only through admitting her blindness in judging others that Emma ends up being able to marry Mr. Knightley in the end.

Elizabeth also has a painful experience (Mr. Darcy’s proposal and subsequent letter), in which she is forced to acknowledge to herself that she is not the impartial and accurate judge of character she has always prided herself on being. She had taken her favorable first impression of Mr. Wickham and her negative first impression of Mr. Darcy and run with them, regardless of any contradictory information (hence why the original title of the book was First Impressions). It is only when Elizabeth humbly reassesses Mr. Darcy’s character at Pemberley that she falls in love with him.

Even Mr. Darcy only successfully gains Elizabeth’s love through growing in self-knowledge and humility. He takes Elizabeth’s criticism about his ungentlemanly behavior and, after reflection, realizes that he had acted wrongly. He realizes he had been given good principles as a child but had followed them in pride and conceit. He is humble enough (and motivated enough) to correct his behavior, and this results in his marriage with Elizabeth.

He is humble enough (and motivated enough) to correct his behavior, and this results in his marriage with Elizabeth.

What is True Love?

Austen demonstrates her definition of true love in the relationship between Emma and Mr. Knightley. Mr. Knightley is the only one who sees Emma’s faults and tells her of them. He is the only one who loves her enough to care that she becomes an educated, polite, virtuous, and realistic young lady: “he had loved her, and watched over her from a girl, with an endeavor to improve her, and an anxiety for her doing right, which no other creature had at all shared.” 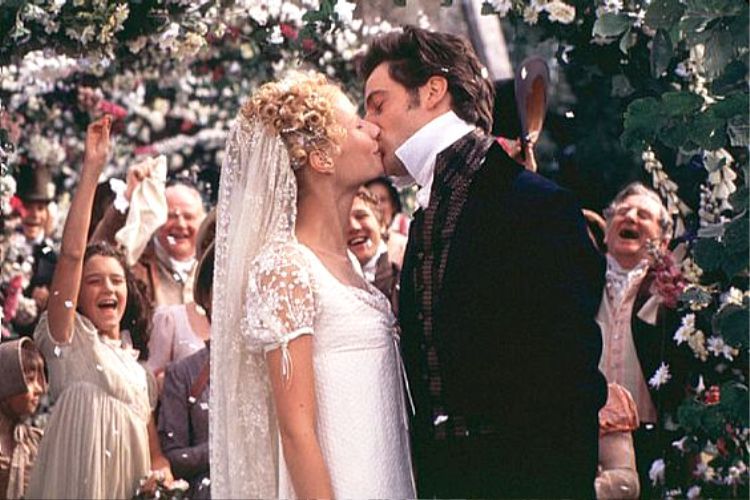 Emma learns from Mr. Knightley that true love fully sees and fully accepts the beloved – the good and the bad. However, true love also makes the distinction between accepting and approving. True love has the freedom to disapprove and to encourage the beloved to improve themselves – while always accepting and loving them. But this definition is only part of the picture.

True love has the freedom to disapprove and to encourage the beloved to improve themselves – while always accepting and loving them.

- A Man Worth Marrying

Austen’s definition of true love, while solid, should not be taken alone. She would not encourage the “hero complex” of loving someone by trying to fix them. Her definition of love should be paired with a clear understanding of what a man worth marrying looks like, someone like Mr. Darcy.

- Willing to Improve Himself

Mr. Darcy gains the humility to accept Elizabeth’s criticism about his ungentlemanly behavior and works hard to improve himself. He grows in self-knowledge, humility, and generosity, while becoming more courteous and hospitable towards those who are socially inferior.

He grows in self-knowledge, humility, and generosity, while becoming more courteous and hospitable towards those who are socially inferior.

- Willing to Sacrifice for the Beloved

Mr. Darcy steps outside his comfort zone and takes a responsibility upon himself that was not wholly his – he solves the Mr. Wickham and Lydia Bennet elopement scandal. He leaves home, makes inquiries of strangers in less reputable parts of London, and ultimately bribes his enemy Mr. Wickham to marry Lydia. Mr. Darcy does what Lydia’s own father would not do – accept the inconvenience of action.

- Worthy of Respect and Esteem

These qualities of self-knowledge, virtue, and self-sacrifice make Mr. Darcy someone whom Elizabeth can respect and honor. She can appreciate his strength and virtue, and is very grateful to him for being willing to make these sacrifices for her.

While Mr. Darcy would have received a thorough education, and Elizabeth was mostly self-taught, they are intellectual equals. They can keep pace with each other in conversation and witty banter.

While Mr. Darcy would have received a thorough education, and Elizabeth was mostly self-taught, they are intellectual equals.

They have complementary personalities and qualities: “It was a union that must have been to the advantage of both; by her ease and liveliness, his mind might have been softened, his manners improved, and from his judgment, information, and knowledge of the world, she must have received benefit of greater importance.” Playful and spunky Elizabeth will help the more serious Darcy loosen up and learn to laugh more. Darcy, on the other hand, will help Elizabeth further educate her mind through books and travel.

Mr. Darcy is very aware of Elizabeth’s physical beauty. He initially denies it (the infamous “She is tolerable, but not handsome enough to tempt me” line), but while trying to persuade himself she isn’t pretty, he ends up becoming more and more attracted to her beauty (especially her “fine eyes”). He also can’t resist her personality: “there was a mixture of sweetness and archness in her manner… Darcy had never been so bewitched by any woman as he was by her.” 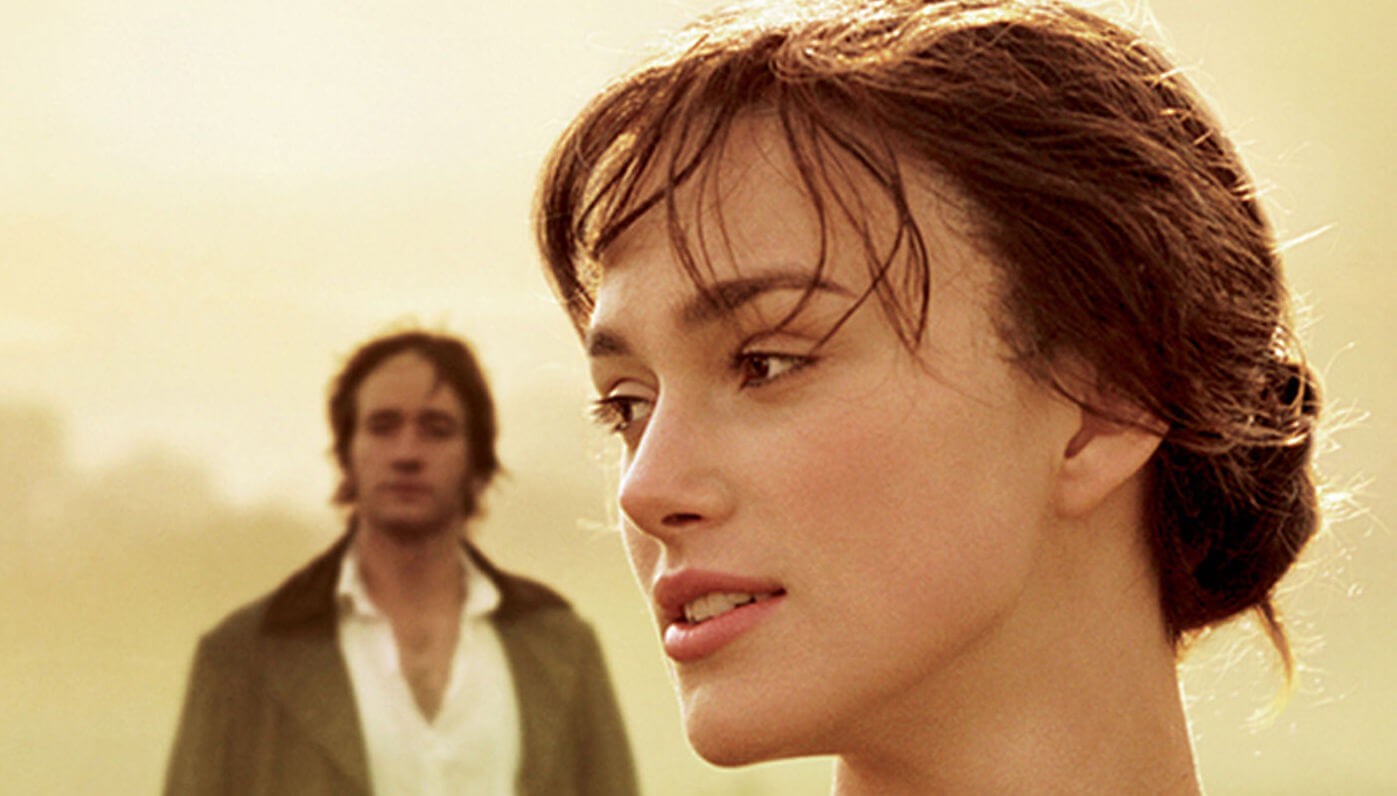 Jane Austen’s insights about love and marriage are still applicable today. Her stories will always attract because they combine romance with substance, love with truth, and growth with reward. We all have a little Emma Woodhouse or Elizabeth Bennet in us – and hopefully, by sticking to our principles and being willing to grow in self-knowledge and humility, we will all find our own Mr. Knightley or Mr. Darcy.