Taylor Swift's newest album has arrived after months of Easter eggs and pastel colors. But is it any good?

Having been a fan of Taylor Swift since "Teardrops On My Guitar," I wasn't sure what to expect with this new album. Let's be honest, I hated her first two singles "Me" and "You Need To Calm Down." Both sounded so... basic.

You need to just stop. Like can you just not.

Okay, Taylor. Anyway, for whatever reason Taylor usually sticks her worst songs as her first singles (I'm looking at you "We Are Never Getting Back Together" and "Look What You Made Me Do...") so at least rest of the album would definitely be better.

"Lover" starts off with a bang. "I Forgot That You Existed" is for every high school girl who ever cried herself to sleep over a boy, only to one day wake up and realize she was okay without him. It's for the girl in her twenties who was stabbed in the back by her best friend, lying awake wondering what she did wrong. Is hatred really was the opposite of love or is it apathy? Swift opens the album with closure of her past feuds (unlike her last album, the more vindictive "Reputation") and it's a fun ride from then on that makes you wonder if the old Taylor ever died in the best way.

I forgot that you existed. It isn't love, it isn't hate, it's just indifference.

Swift's song "The Man" is her version of Beyonce's "If I Were A Boy." She points out the obvious hypocrisy/sexism in Hollywood. She sings that if she was a man, "they would toast to me, oh, let the players play / I’d be just like Leo in Saint Tropez." She calls out the fact that no one hestitates when Leo DiCaprio dates models only to leave them once they turn 25 and meanwhile she gets hate for dating in general. You tell those Hollywood hypocrites, girl.

Some stand outs are of course, "Lover," her fifth song (always a heartfelt one) "The Archer," "Cornelia Street," (possibly my favorite song on the album) and her closing track "Daylight." It's not quite 1989's "Clean" but it's a beautiful song to end on. "My love was as cruel as the cities I lived in. Everyone looked worse in the light... I once believed love would be burning red. But it's golden."

Nods to Taylor's "Red" and "Dancing With Our Hands Tied" respectively where in the later she sings "Deep blue, but you painted me golden." Which by the way, how many times does she sing about the color blue in this album? Her way of referencing her boyfriend Joe Alwin (but honestly I'd be shocked if he wasn't her fiance by Christmas, if not now) of three years's indigo eyes.

I once believed love would be burning red. But it's golden. 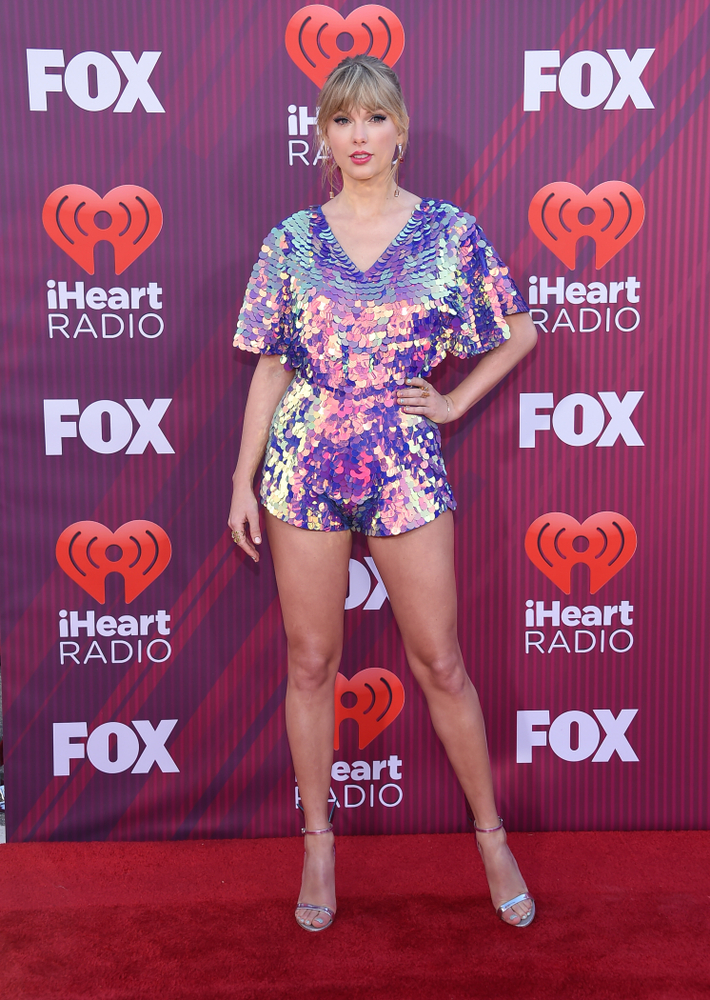 Swift reminicises often about her youth in this album and you can tell she's having a blast. There's "Miss Americana & The Heartbreak Prince," an ode to high school sterotypes that has major Halsey vibes. In "I Think He Knows," she sings, "It's like I'm 17, nobody understands... He got my heartbeat skipping down 16th Avenue." Then there's the adorable "Paper Rings," a total bop with the cuteness of "Stay Stay Stay" or "You Belong With Me." This is the kind of catchiness I've been missing in my life.

While Swift still finds time to sing about heartbreak, like in "Death By A Thousand Cuts" (I mean, is the old Taylor back??), the most heartbreaking song by far is one she wrote for her mom, who's currently battling cancer again. It's not the first time Swift has written a song for her mom. "The Best Day" from Fearless showed how close their relationship has been since childhood. In "Soon You'll Get Better," featuring the Dixie Chicks, she sings "In doctor's office lighting, I didn't tell you I was scared... Desperate people find faith, so now I pray to Jesus too."

The album is a mess in many ways, but it's a beautiful one. There's no Max Martin and it's not "Reputation," but it's her most honest album in years. There's 18 tracks, which makes it her longest yet but it gives me hope she's found that love she'd been hoping for since "Red."