During the beginning of the holiday season, one of the best ways to slow down with your family is with a meal and a movie.

I love food. When you sit down to a meal, it’s usually with your family. When you make a recipe, you think of the person who shared it with you. I also love movies and noticed a striking similarity: food and movies are best served as a shared experience. So, here is a menu of options that incorporate the best parts of the Thanksgiving season: food and family. 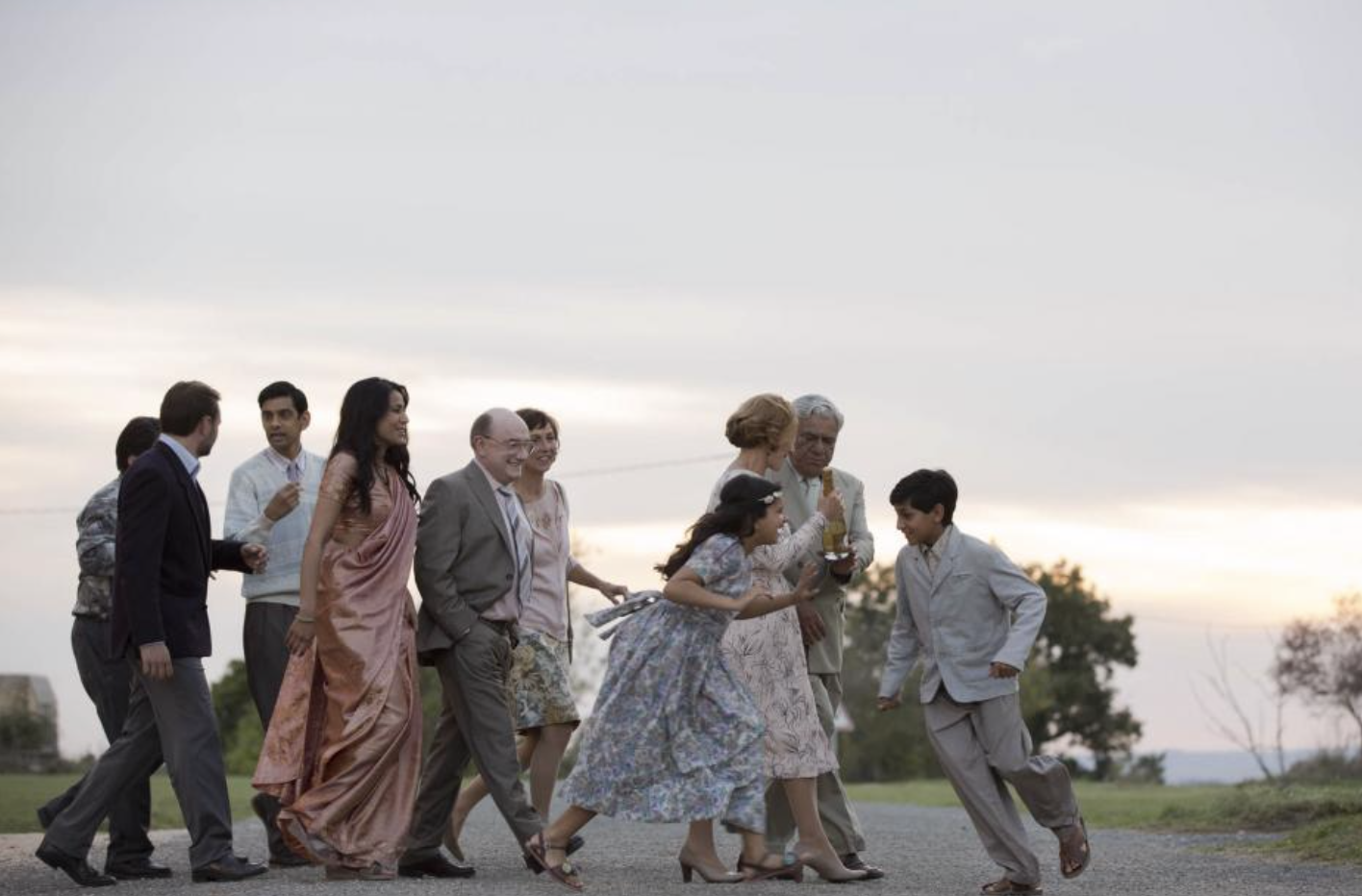 The family who cooks together, stays together. Hassan Kadam and his family are displaced from India to Europe, and afterward, their van breaks down in a small town in southern France. Luckily, they are cooks and decide to open their eatery exactly one hundred feet away from a Michelin star restaurant owned by the pretentious Madam Mallory. Chaos ensues between the establishments, despite Hassan’s growing love for French cuisine (and a certain sous chef named Marguerite).

I love this movie because it has everything; romance, humor, family, and of course, food. Probably the most beautiful film about food ever. Watch it here on Netflix. 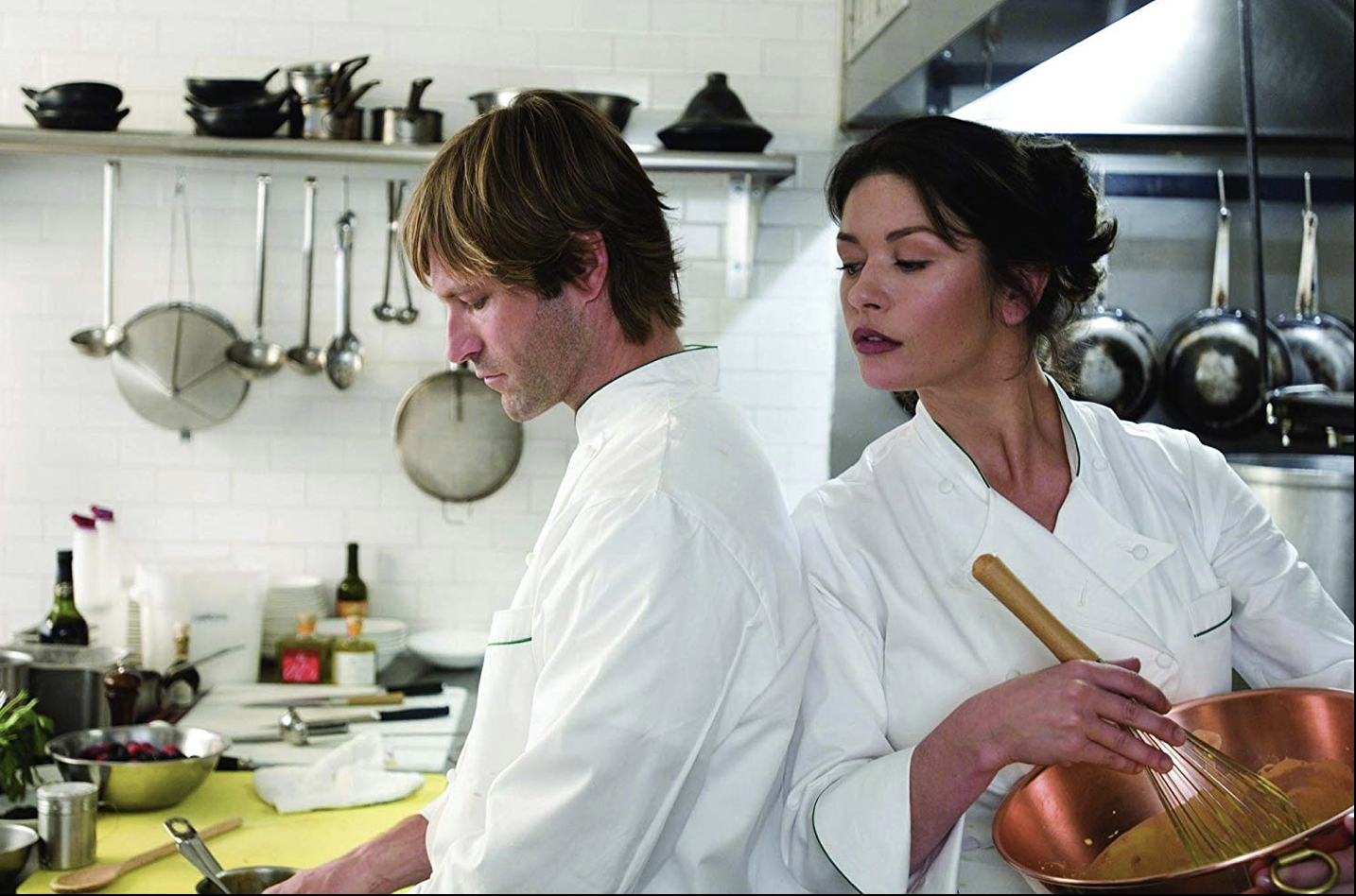 Are you a perfectionist when it comes to food? Do you lay out the table, making sure the presentation is just as good as the consumption? In this movie, Catherine Zeta-Jones plays Kate Armstrong, a Master chef who rules her kitchen with a passion that borders on obsession. There’s no room for anything but work in her life, until her sister dies in a tragic car accident and she is left as the sole guardian for her young niece. The new sous-chef doesn’t make her life easier either, but her niece seems to love him, and eventually, Kate begins to recognize his charm. Being a chef is easy, but being a parent and a partner is difficult.

This is one of those films that pulls at your heartstrings. Be prepared with tissues and some Tiramisu. Watch it here on Netflix. 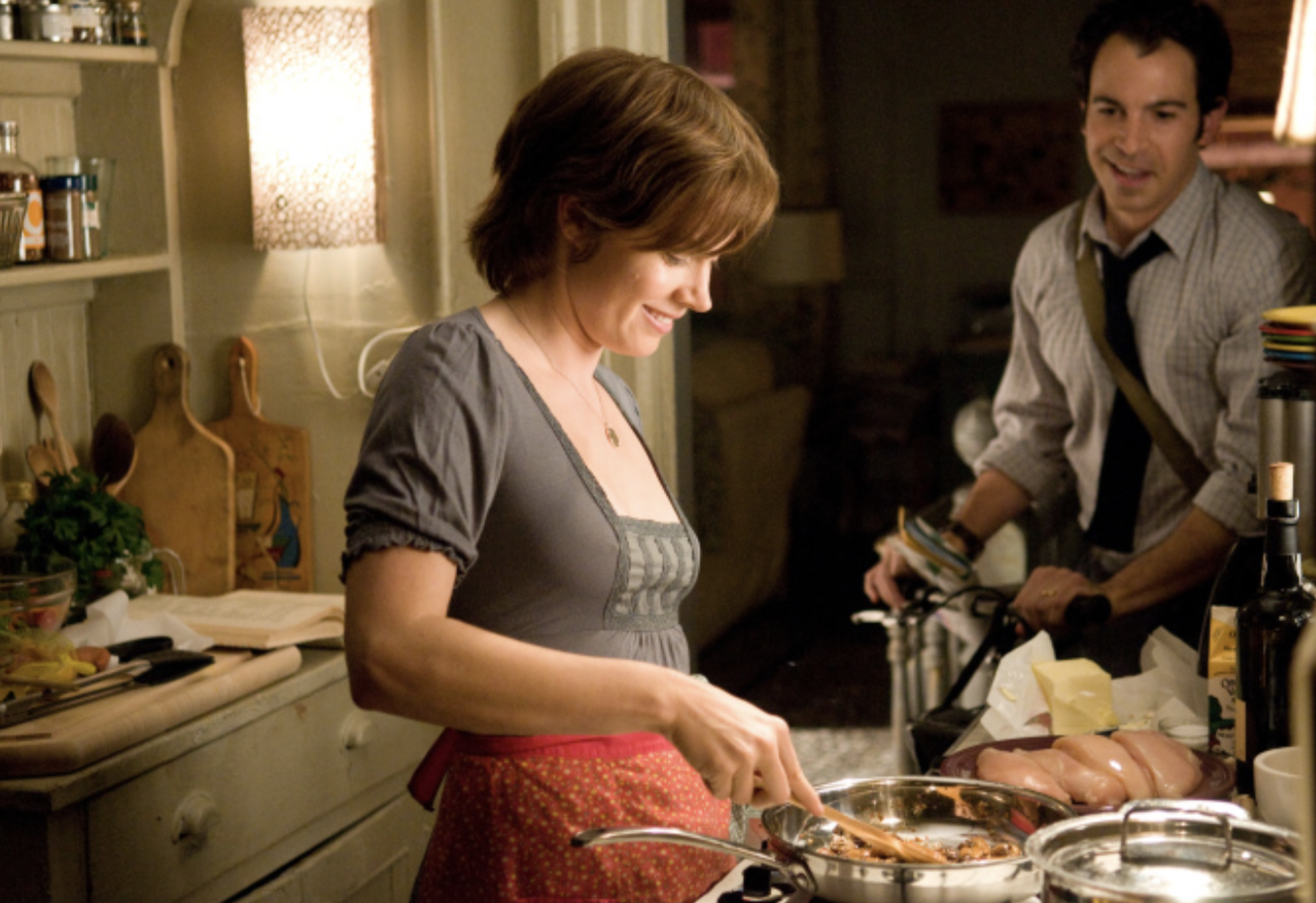 If you really want to impress your family at Thanksgiving, you could whip up a fantastic French meal straight from Julia Child’s Mastering the Art of French Cooking, or you could watch this movie about blogger Julie Powell who decided to try all 524 recipes. Funny and heartfelt, this movie documents Julie’s journey through Julia Child’s cookbook and also gives us glimpses from Julia’s journey in conquering French cooking with lots of heart and butter.

I love how it documents both women’s stories about life, love, and food. It's a true story and the first movie to be based on a blog. Watch it here on Amazon Prime. 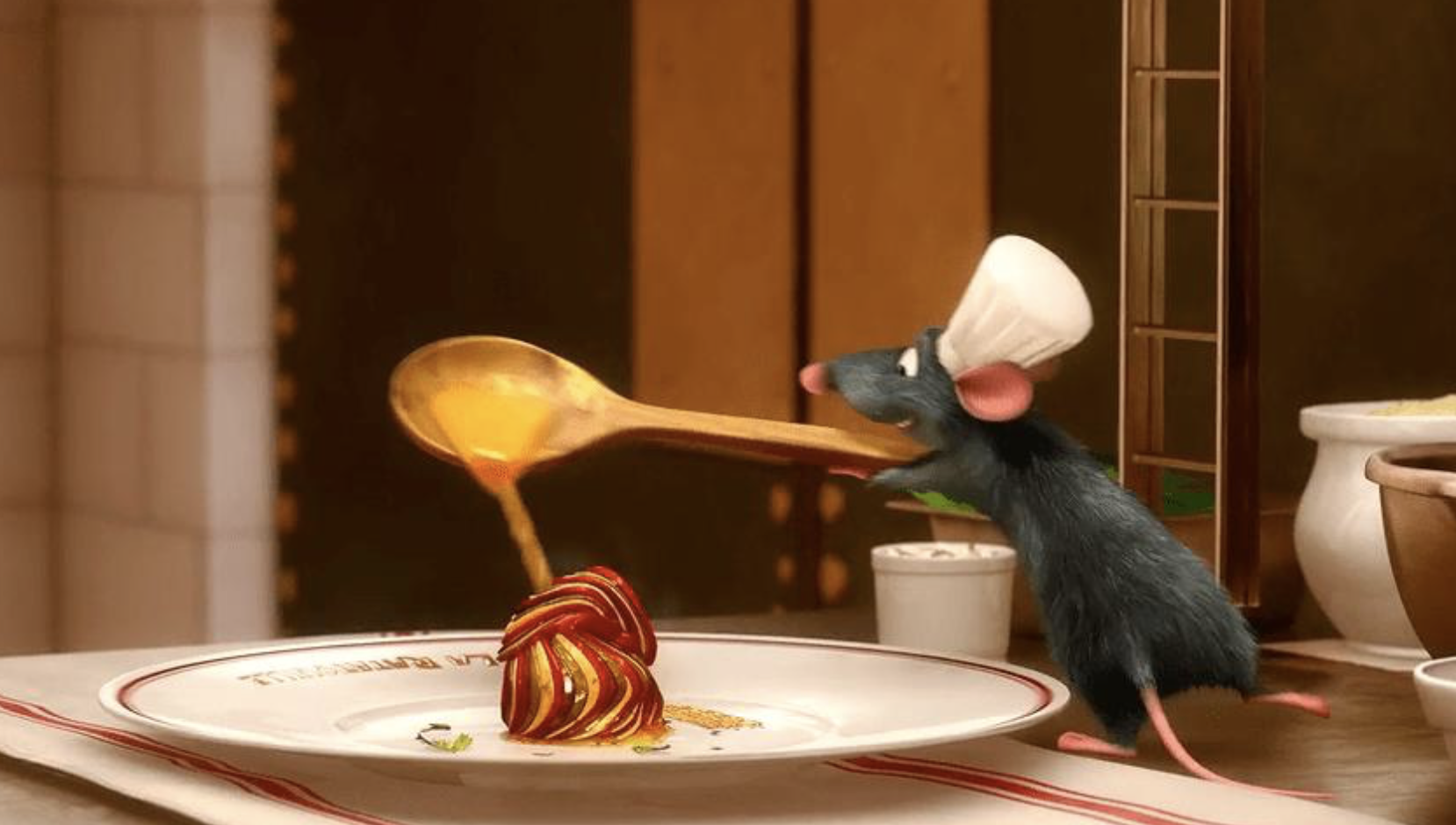 I had to include one of my favorite Disney movies about a rat named Remy, who dreams of becoming a chef, despite being a rodent. His family doesn’t understand his passion, but when he is separated from them and ends up in Paris, he decides to take up the motto of the late chef Gusteau “anyone can cook.” He makes some (human) friends along the way and even manages to persuade his begrudging father to appreciate the artistry of fine dining.

I always admire the way Disney-Pixar manages to whip up a piece of art that will inspire you to follow your dreams and provide you with a belly full of laughs along the way. Watch it here on Disney Plus. 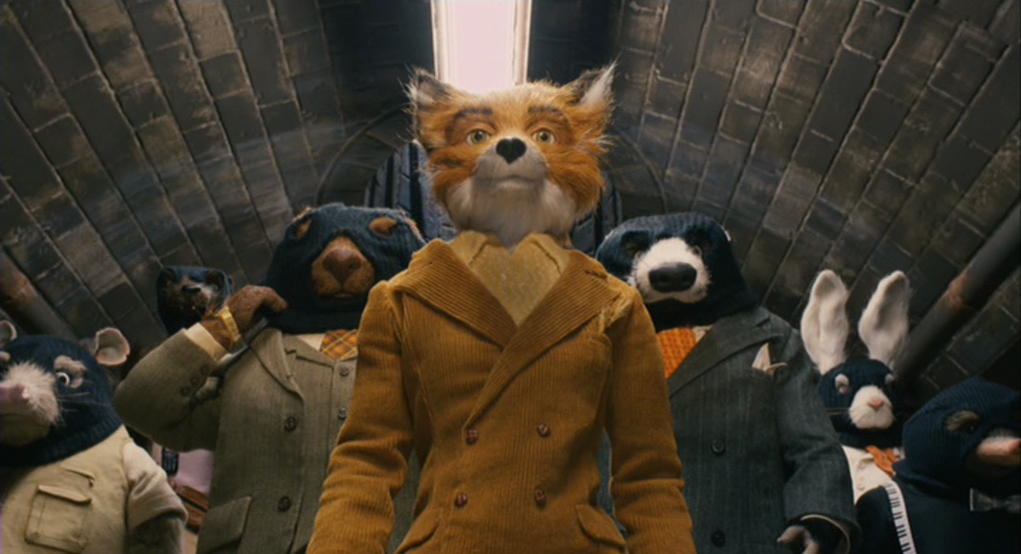 The greatest food heist movie ever (and maybe the only one). Not only does this film have a power-packed cast (George Clooney, Meryl Streep, Bill Murray, and others), but it’s just fun. Mr. Fox lives a normal life as a newspaper columnist, leaving his former life of banditry behind for his family’s sake. But he can’t quite be normal; after all, he is a wild animal. So Mr. Fox devises the mother of all heists against farmers Boggis, Bunce, and Bean. He tries to hide it from his wife, son, and nephew, but eventually, the whole community becomes involved in his mishaps.

I love this film for its quirky humor and ability to appeal to grown-ups and kids alike. Don’t forget your bandit mask and apple cider when you settle down to watch this one. Watch it here on Amazon Prime.

These movies really hit the spot after a warm meal. Share with friends and family for best results.