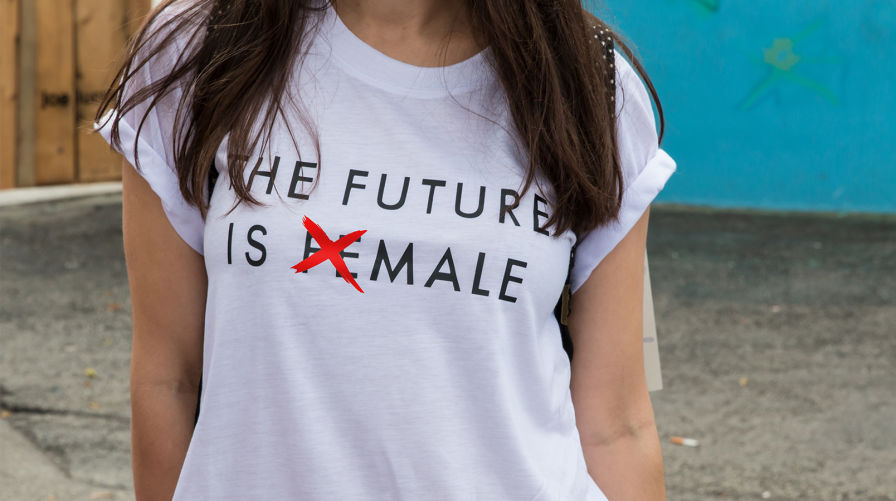 The definition of feminism, that men and women have equal value as human beings and should be treated as such, isn’t hard to agree with.

But it’s safe to say that many have strayed far away from the essence of feminism, entering into problematic territory as they attempt to lift women up by putting men down, treating them as useless pigs that the world would be better off without.

In short, too many women today treat men with the same kind of disdain that chauvinistic men have long treated women with. Don’t believe it? Take a look at these 18 feminist quotes with the sexes reversed.

Original: “A woman without a man is like a fish without a bicycle.” - Gloria Steinem

The implication that men are absolutely useless to women is just as harmful as the misogynistic idea that women are only good for making a sandwich. How about promoting the idea that we’re all valuable?

Imagine saying that men aren’t responsible for the insecurities of a hysterical, weepy woman. Sounds like ugly stereotyping to me.

Original: “When it comes to procreation, men are essential; but for pleasure, not necessary.” - Wonder Woman

So men are objects of procreation then? This treads on awfully thin ice and reminds me of the off-putting idea that women are no more than baby-making machines.

Original: “The more famous and powerful I get, the more power I have to hurt men." - Sharon Stone

I’m not sure that this is something to brag about, but doesn’t it sound a whole lot like power-hungry men of the 1960s seeking to dominate every woman in sight so they can keep her in her place?

I think if women were told we’re only afraid of “strong” men, we’d roll our eyes hard. It’s not a man’s strength we don’t like, it’s anger, hyper-control, and being treated as inferior, right? I think the same probably goes for men.

It’s interesting to imagine the outrage we’d see if women were told “real” women support men. In the end, while the support of others is important, it’s also on us to know our value and purpose.

This sounds like something an angsty teenager would say about their parents. Anyone who’d actually believe this must not value reality — it ignores all the good things men have created and done for our society, something we as women really hate when it happens to us.

Toxic masculinity does ruin the party sometimes — just like toxic femininity, which is definitely a thing. We’re just not allowed to talk about it.

Original: “As long as you know men are like children, you know everything!” - Coco Chanel

Think of a man saying, “As long as you know women are neurotic/weak/hysterical, you know everything!” Not only is it highly immature, incorrect, and idiotic to say this, it’s classless and harmful.

Okay, so the future is exclusionary. The future is only for us, not you. A female-only future is no different from all the years women spent silenced, living in their husband’s shadow, considered powerless — but now it’s “men’s turn.” But isn’t this kind of unfair oppression what feminism was supposed to be fighting against in the first place?

It’s true that everyone is deserving of respect, regardless of our physical attraction to them. So it’s also true that women shouldn’t give preferential treatment to attractive men and treat less attractive men like they’re gross, right? Let’s face it, this isn’t something only men do.

Original: “I think women are foolish to pretend they are equal to men; they are far superior and always have been.” - William Golding

Nobody, and I mean nobody, is superior to anybody else simply because of their sex, race, or age. That’s the exact attitude of racism and sexism — something we all know is wrong. This really isn’t hard to grasp.

I completely agree with this sentiment. True strength is apparent when we don't need to put someone down in order to lift ourselves up. So shouldn’t we all hold ourselves to this standard?

Encouraging anger to inspire change is sort of laughable, but also scarily destructive. Can we all agree that some of the worst things in history have happened because of illogical, irrationally angry people?

Original: “Never apologize for being a powerful woman.” - Feminist Saying

It’s interesting to me that “powerful” has two very different meanings depending on whether it’s being used to describe a man or a woman. Powerful men are seen as predatory or problematic, yet women are encouraged unapologetically to seek power?

Original: “Either stand up and be the man she needs or sit down, so she can see the man behind you.” - Feminist Saying

I don’t think feminists would appreciate the narrative that women are only useful if they can serve a purpose for a man, otherwise they just need to sit back down so someone more beneficial can be seen.

Original: “The type of man that will be intimidated by me is exactly the type of man I have no interest in.” - Chimamanda Ngozi Adichie

Imagine the fury we’d see if men insinuated that any woman who was intimidated by them was just weak, and invalidated her experience by saying she wasn’t worthy of being taken interest in anyway.

The Iron Lady herself had to deal with a lot of crap from men, so her attitude is understandable. But maybe there are action-takers on both sides of the gender aisle. Just saying.