“Nothing in life is free” is one of the first lessons our loved ones teach us. But with the current push from several lawmakers to instate free healthcare and free college, we are left wondering what the real costs of these policies are and whether or not they could be successful in America.

Many nuances contribute to the success of public policies that people don't often consider. National debt, the amount of GDP allocated for defense, cultural background, are just a few examples.

However, healthcare and education, specifically, are two of the most intricate pieces of the service that the government provides us. In many countries, those services may come at apparent no cost to the end-user, but could it really be free in the U.S., and who is actually footing the bill?

Living in Brazil with Free Healthcare

In my experience living in Brazil with free healthcare, many of us would work two jobs to attempt to pay for health insurance privately. Unless you were a government worker, you had to privately pick your health insurance and pay for it off your own salary. The plans were not very expensive and allowed us to have access to clean hospitals, with clean facilities, and all medications and services were covered.

In fact, I used to visit doctors more often than I do living in the USA. My plan had no copay, and while the reality has changed to the point where health insurance is now becoming more expensive, those who pay it privately in Brazil still have a better service and options than those who live in the U.S.

Those who pay it privately in Brazil still have a better service and options than those who live in the U.S.

The alternative, which was free healthcare, was a complete mess. Unfortunately, a big parcel of the population relied on those services. Everyone was over-taxed to ensure that we had those facilities, but somehow they never managed to be in working condition. Doctors and nurses would never show up, facilities were dilapidated, medicine was always missing, and procedures were often done wrong.

The Quality of the Healthcare

It was said that you may enter the hospital unwell, but you’ll surely leave there worse off. The public hospitals often had lines outside curving around the corner. Many medical facilities were abandoned for lack of doctors, “Zombieland” style.

It was said that you may enter the hospital unwell, but you’ll surely leave there worse off.

In an effort to afford cheap labor, the government struck a deal with Cuba in which we imported doctors. The Cuban government kept most of the doctor’s salaries, who were living in terrible, almost slave-like conditions. Many lawsuits were brought up to the attention of the media, but the problem remained the same, the government could not afford doctors for a country with a 200 million population.

Between corruption, mismanagement, and lack of funds, the reality of free healthcare was one faced by most countries who attempted the same: Low quality and scarce services, if any were offered at all.

These systems did not sustain themselves in most places where they were tried, and the population was caught between paying hefty taxes to support a system that barely existed, and also paying for private insurance if they wanted to survive.

The reality of free healthcare was one faced by most countries who attempted the same: Low quality and scarce services (if any were offered at all).

The Ones Who Make it Work

A few countries in Europe make it work, however, like Norway. These countries make it work due to a few reasons. One of them is the fact that they are very rich, and the wealth per capita is higher than anywhere else in the world, save for Saudi Oil-rich countries. Another critical factor is the rate of unemployment: Many contribute as much as they can to the government, and their taxes are high. The population is also well educated and earns more.

They are very rich, and the wealth per capita is higher than anywhere else in the world saved for Saudi Oil-rich countries.

The Size of the Country Matters

Finally, the geographic areas of those countries are considerably small. One hospital can absorb patients from a larger area, vs. in Brazil or in the U.S., where you would have to build several facilities to ensure that everyone has access to it.

In America, with a population 36-65 times bigger than Sweden or Norway, massive national debt, being responsible for the defense of many other countries, and with the enormous amount of land that we have, a unified and free healthcare system would be impossible.

The Cost of Medicare for All

According to Forbes, “More neutral experts double the estimate. Kenneth Thorpe at Emory University puts the cost (of Medicare for all) at $2.4 trillion a year.

In America, with a population 36-65 times bigger than Sweden or Norway... a unified and free healthcare system would be impossible.

The Urban Institute estimates $2.5 trillion a year. The Committee for a Responsible Federal Budget projects a cost of $2.8 trillion a year, or 16% of GDP. To put that in perspective, health care spending in the U.S. is 20% of GDP. That is almost twice the share of other nations. “Medicare for All” would raise that share with more coverage before it lowered it with efficiency savings.” 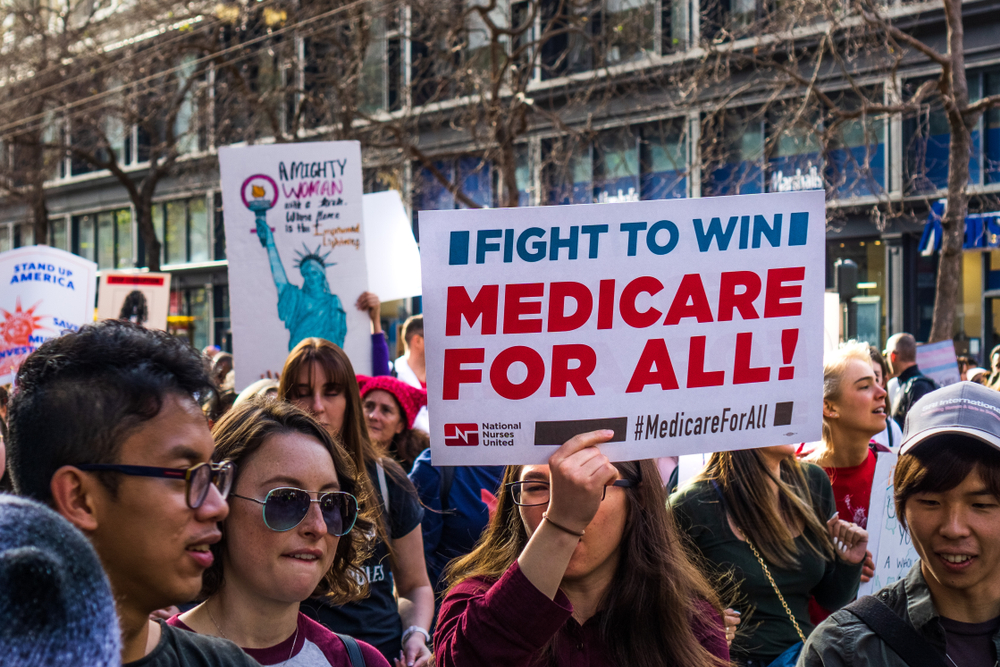 What Should the Government do about America's Healthcare Crisis?

Rather than breaking the bank and bankrupting our country causing massive unemployment (and thus less taxes received, leading to the inability to pay for these systems in the first place), the government should crack down on Big Pharma, the price of the medicines and the oligopoly of a few health insurance companies that hike up the prices of everything.

The government should crack down on Big Pharma, the price of the medicines and the oligopoly of a few health insurance companies.

We should have access to local, neighborhood doctors, and healthcare that is affordable and comprehensive. We should be able to choose what coverage to go for. With the amount of money saved from having to cover all of the population under the system, the government could lower taxes and provide this service in a small scale to those who are in need but cannot afford it. Socialized systems can work, but in small and controlled scales, and for a limited amount of time.

Free college is yet another thing I had access to. In my experience, however, the cost of adding college to the free public education system completely deteriorated the quality of education in high school, middle school, etc.

These schools lacked teachers, infrastructure, and more. Due to the weight of carrying the price tag of college on its back, most schools provided zero substantial knowledge or actual education to its students.

The cost of adding college to the free public education system completely deteriorated the quality of education in high school, middle school, etc.

College was limited. There were only two free colleges per state, and the size of a class would run around 20-30 individuals. Sometimes professors would go on strike for months, delaying for many semesters the graduation of the students.

The tests to enter were incredibly competitive, and those in public school had no chance to pass them. Only those who could afford private education would have a shot at entering public university. Those in poverty could never dream of higher education.

Those in poverty could never dream of higher education.

The beauty of the ideology quickly showed its beast-like face, providing the country with a system that caused people to pay for high taxes while having to work multiple jobs to pay for these services privately. The system worked as a glass ceiling in which the poor could not move up or be treated decently in society.

In the end, if these tax funds would’ve been used to improve unemployment rates and quality of life instead of being dumped into failed systems, perhaps the poor would be uplifted from their undignified reality and would have been able to be a part of an affordable and just capitalistic system.

How Socialism Failed Me As A Woman And Ruined My Country